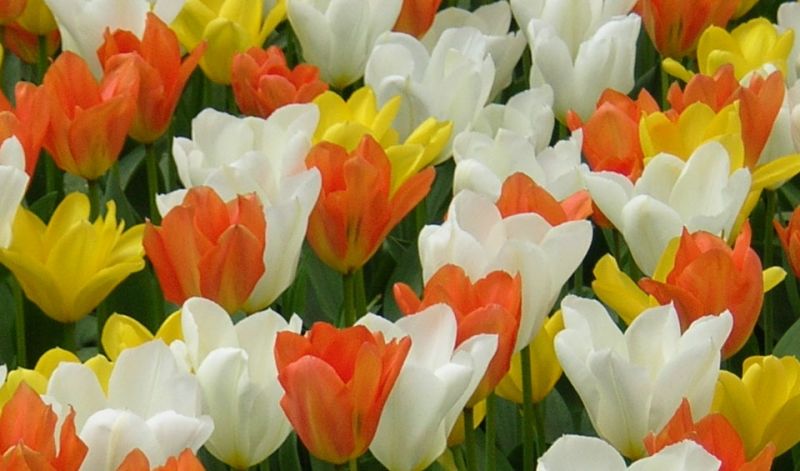 When Will This Flower Bloom?

When Should I Buy and Plant These Bulbs?

What Kind of Light Does This Bulb Prefer?

What Color Will the Flower Be?

How Far Apart Should I Plant These Bulbs?

How Deep Should I Dig?

How Tall Will It Grow?

How Can I Best Use It in My Landscaping?

In flower beds, borders, amongst perennials, and as cutflowers.

The genus's native range ranges from as far West as Southern Europe, North Africa, Anatolia and Iran to the Northwest of China. The tulip's centre of diversity is in the Pamir, Hindu Kush and Tien Shan mountains. Although tulips are nowadays often associated with The Netherlands, commercial cultivation of the bulbs and flowers began during the Ottoman Empire. The name is ultimately derived from the Persian 'dulband' (turban). These days it is by far the most popular bulbous plant. Tulips are to Holland what champagne is to France: a national treasure. Cultivated there since the end of the 16th Century, tulips are grown by the billions (capital B) today, with the majority of them being exported either as bulbs or as cut flowers. Currently there are more than 3,000 cultivated varieties registered, with more being added (after sometimes years of hybridizing- and selection-procedures) to replace older varieties or to introduce yet another brand new type or color combination.