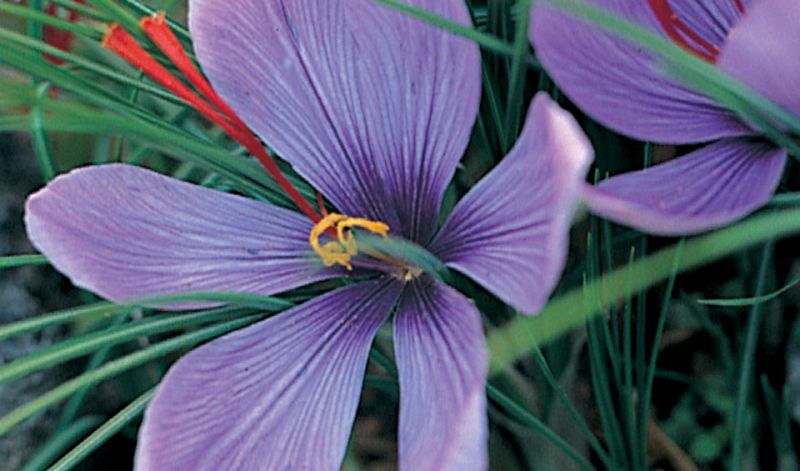 Saffron has been mentioned since ancient times, e.g. in ancient Egypt and in the Bible, often being said to be an extremely valuable medicine and dye. The dye still plays a role in marriage ceremonies in India. It has long been a very costly material, even being used as a medium of exchange (It now sells for approx. $ 25.00-30.00 per ounce for whole threads). Originally, saffron was obtained by drying the stigmas (central part of the flower) of Crocus sativus over an open fire. It takes about 40,000 flowers to make one pound of sellable Saffron. Fortunately it doesn't take much of true Saffron to spice up your dishes.

When Will This Flower Bloom?

When Should I Buy and Plant These Bulbs?

What Kind of Light Does This Bulb Prefer?

What Color Will the Flower Be?

How Far Apart Should I Plant These Bulbs?

How Deep Should I Dig?

How Tall Will It Grow?

How Can I Best Use It in My Landscaping?

In front of shrubs, around trees and in rock gardens.

What Should I Do After Flowering?

Allow the foliage (which appears in the Spring) to die back naturally and they will replenish the bulbs which then remain dormant through the Summer only to bloom again in the Fall for many years to come.