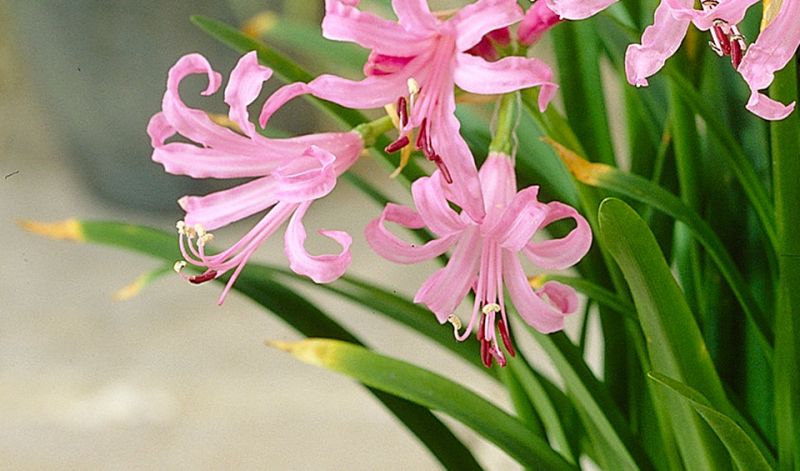 South Africa. The common name 'Guernsey Lily' was initially given to the sarniensis species after some bulbs, having been shipped from South Africa, washed ashore there during a storm after which they rooted, bloomed and gained attention of horticulturists. Thanks to this sea voyage Nerine itself got its name being named after the 50 beautiful daughters of the sea-god Nereus.

Plant in Spring after the danger of frost is gone. They grow wild in some of the poorest soils in the world. However Nerine do prefer fast draining sandy soil and a sheltered location. Do not plant them too deep: the neck of the bulb should be just above soil level. They bloom best when they are rootbound and crowded. Check the different species for watering practices.

Flowers in the Nerine Family